Ágnes Keleti, one of the most successful Hungarian female athletes in Olympics history, the world's oldest living Olympic champion, and the Athlete of the Nation, was born in Budapest on January 9, 1921.

The film was shot for over a year, and the central figure is the great champion. The movie of her life is made up of conversations, monologues, and footage of her time, and it also includes hand-drawn color animations and stories told by witnesses of Ágnes' life. The film is naturally divided into sections covering the key years of the gymnast's life.

Ágnes Keleti started gymnastics at the age of 16, won her first championship at the age of 19, won her first Olympic gold medal at the age of 31, and turned a 10-medal Olympian at 35. She started a new life in Israel at 36 and became a mother at 41. Keleti was elected to the International Women's Sports Hall of Fame at the age of 80, and was awarded the title of Athlete of the Nation at 83 years of age. She was 95 when she moved back to Hungary and received the State of Israel Award a year late, then became an honorary citizen of Budapest at the age of 100.

The pieces of her extraordinary life fit together like a jigsaw puzzle. The life of the Olympic champion – as cliché as it may seem – called out for a movie. Preparing for the Olympics during the 1956 revolution or celebrating the 100th birthday during the coronavirus quarantine period is no ordinary trial of life. But it was no coincidence that director Kata Oláh said before the press screening, "I didn't just want to show a life rich in sporting successes, but the Ágnes Keleti I knew as a person."

Ágnes Keleti's career is a testimony to her unique strength and will to fight, and her wise advice will remain with us forever. This portrait documentary of her life now spans 101 years, almost a lifetime.

The film won the International Film Critics Awards (the FIPRESCI Prize) for best Hungarian film at the Miskolc Cinefest Festival in September 2022.

The director of the portrait documentary is Kata Oláh, and its cinematographer is Sándor Csukás. 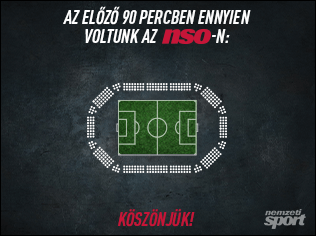