– You predicted “sub rosa” that Hubert Kós would win a gold medal in the 200m medley.
– It's more important than anything else that Hubi finally won a competition – said head coach Csaba Sós. – The fact he is a talented swimmer was never a question, anyone who is even slightly familiar with our sport thought so. Perhaps even those who don't know so much about swimming could see that the big victory hasn't come so far. In Rome, however, he won in a strong field, in a manly battle, and that is the point of the story, and nothing else because the ability to win is the new, quality element in his career.

– The other medal of the final day was won by Ajna Késely in the 400m freestyle. Did you expect a good result from her?
– I am happy that she made it to the podium. I hope it's a sign that she's starting to bounce back. Although she is still far from her best, a bronze at the European Championships is a European Championships bronze.

– We won five gold medals at last year's continental competition in Budapest too, but in Rome, we surpassed the number of medals we won a year ago.
– I think this is important to underline. In both Budapest and Rome, we finished with five gold medals, but this time we won three more medals, which is not bad in itself. Last year, Boglárka Kapás won in the Duna Aréna, but she was unable to compete in Rome due to illness, and Katinka Hosszú and Szebasztián Szabó also won. This time, however, they were perhaps the most out-of-form athletes of the whole continental event. Katinka won a bronze in the 4x200 freestyle relay but swam the slowest time of her career at this European Championships. So, three of our Budapest winners didn't qualify, but here came Viktória Mihályvári-Farkas and Hubert Kós, and after sixty-eight years, our men's 4x200 freestyle relay team won gold, and we also have several medalists whose names are not even known in Hungary - Dóra Molnár, Benedek Kovács, and Richárd Márton.

– So are there more options to choose from?
– Before anyone starts the "if there was no Milák" thing, let me tell you that if there was no Milák, Ricsi Márton is the European champion. Of course, we have to keep in mind that the world swimming field is different from the European one, but it is also good to know that the latter is brutally strong - swimmers from fifty countries competed in Rome and we finished second in the medal table. I think I can now say that the change of generations has taken place at the European level for us as well.

– Another new feature compared to previous competitions was the opportunity to rotate the youngsters in the relay events. Weren't you worried about throwing them in the deep end?
– I like the European Junior Swimming Championships because it's the same as the European Championships for adults, but with young swimmers. For me, it's a good starting point to see how the athletes behave and compete there. I've seen these youngsters swim many times at the age-group competitions, and although they are new to the senior competition, they are experienced swimmers who have already done well in Rome.

– So is Hungarian swimming in order? After the World Championships at home, it became clear that changes had to be made.
– It would be a mistake to think that everything is fine. We must continue to look at how we can improve and be better. The Hungarian Swimming Federation is making a huge effort to do this, not only with the various programs but also, for example, with the individual management of the swimmers. I believe that this is the only way forward, we can only think this way. If we sat back now, it would be a serious mistake. 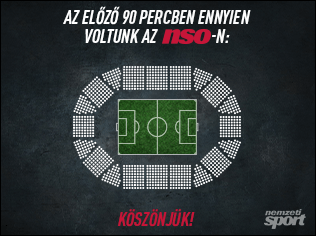