"Unfortunately, I had to retire because of an injury. I had a routine operation on my knee two years ago, and it got infected. Luckily for me, I was able to see other doctors, and they operated on my knee again, but from then on, I could only train or play football with severe pain. My goal was to finish my career where I started playing, and that was with Szombathelyi Haladás," said Richárd Guzmics to Nemzeti Sport.

"I don't regret my decision to retire, although it was very difficult to let go of football. As I was going through my last period with clenched teeth, it was the best decision to start a new life. How did I prepare for civilian life before, did I have a plan B? I had already obtained my coaching B License during my playing years and my long-term goal was to become a sports director. Where I played, I kept an eye on the development of the clubs and made a lot of contacts abroad. I say this because I also have the undisguised aim of helping young players to move to stronger leagues abroad. Help those footballers who can later become a force in the Hungarian national team!"

"At Haladás, they held a small farewell party before one of the home games, the club and fans' group leaders thanked me for my years with the team. Then, I was invited to sector B, and I was allowed to lead the supporters' chants for a while. It was a great experience!"

Recently, he had a similar experience in Poland thanks to the managers and fans in Krakow, as Richárd Guzmics played for Wisla Kraków between 2014 and 2017. (He was then sold to Chinese side Jenpien Funda for €1 million, but the midfielder also played for Slovan Bratislava before returning to Hungary in January 2020 to join Mezőkövesd).

"When my former Polish club, Wisla, found out that I had finished my career, they called me. I left them six years ago and I was surprised to hear that they were calling me back because they were organizing a farewell party for me. I was greeted before a game, then, I walked around the stadium at half-time, and the fans gave me a standing ovation. There were more than 10,000 of them, it was very touching for me to be made to feel that I had not been forgotten... I came to Krakow as a foreigner, but I found a home there and a farewell like that makes it easier to end my career..." 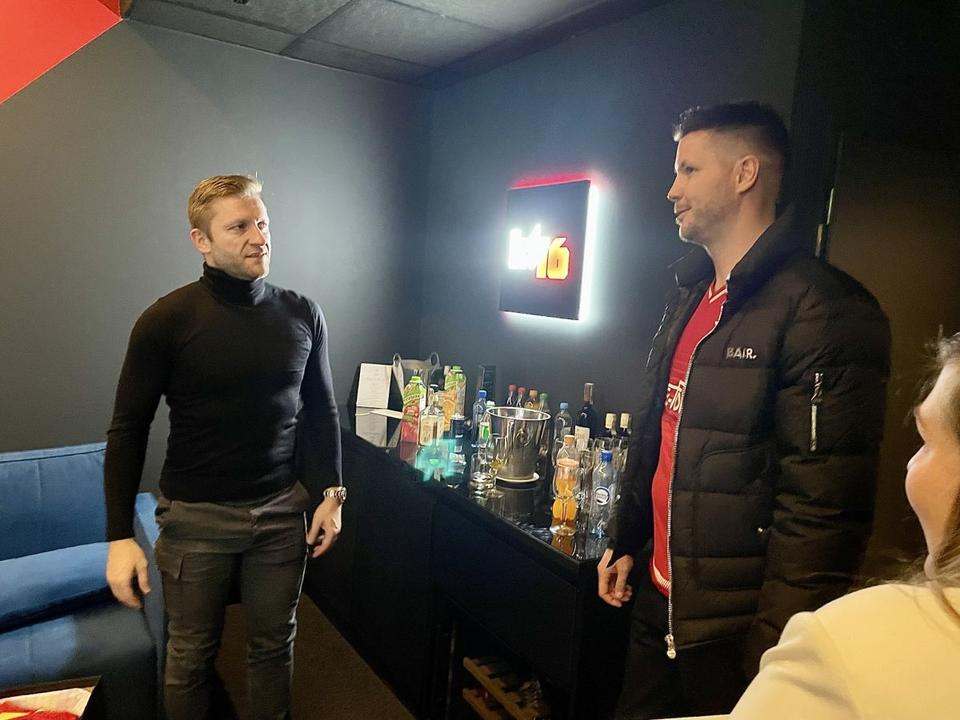 In addition, the now former defender stayed in the stadium for several hours after the match, after legendary Polish footballer Jakub Blaszczykowski of 108 caps, invited him to the Sky Box. The two had a long chat there, and Guzmics was also congratulated on his career by midfielder Marcin Wasilewski of 60 caps, who retired from Poland two years ago and who is a former Anderlecht and Leicester City player. Communication with them was easy because...

"Of course, we spoke in Polish, then we analyzed the differences between Polish and Hungarian football, and finally we talked about the Polish national team. They told us that their main goal was to advance from the World Cup group stage, and they did it. Blaszczykowski's former Dortmund teammate Lewandowski was also mentioned: they expected him to score the goals, but they also said that they could only be successful with a united team! Of course, I was also rooting for Poland, and I expect a lot from Cristiano Ronaldo and Lionel Messi in their last World Cup participation. Spain and Argentina could play the final."