As a child - and sometimes later... - he loved the circus, and as he was not a bad gymnast, he practiced with the aerialists, but once he hurt himself, and he was done with it. Family pressure led him to take up swimming, his uncle Tibor Mészöly was in the 1932 Los Angeles Olympics (although Béla Komjádi didn't put him in the 4×200 freestyle relay), but Kálmán's passion was the ball. But after he was no longer needed by the big clubs in the capital city, he followed his brother to TTVE in district 3. He came to the attention of this club when he beat Albert Flórián's Fradi in a junior tournament, and at first, he played as a striker. On one occasion, the team's midfielder failed to show up, and the bouncy, good-headed lad substituted so excellently that he was stuck at the back. In his seventeenth year, he found himself in the senior team, and Textiles (MTK) would've taken him, but Papa Mészöly said, "Sipos, he is one of the best in the position, you'll never get in there." His father - who was not, to put it mildly, a minion of the Rákosi and Kádár regimes - suggested Vasas, saying Károly Kontha and Gyula Teleki were older. Rudolf Illovszky watched him in the club in Óbuda and was signed by Vasas in 1958.

He won the UEFA tournament as a player for the Red and Blues in 1960 with József Hoffer's team in Vienna, and he also had a friendship with János Farkas, who was his teammate in the youth national team. In the year of the UEFA victory, he made his debut in NB I on April 9 against Salgótarján (2:0), and Népsport wrote the following about his performance: “Young Mészöly's introduction was successful. He played his role with surprising composure, skill and great care." He did well, perhaps that's why Dezső Bundzsák didn't lock back to defend, and when the midfielder challenged him, the cover only said to solve it... It's true that Mészöly has him to thank for his two-footedness status because the experienced player was willing to teach him after training. At Vasas, Kálmán also learned that after a game, having a small spritzer is cool, and a pint of beer is the way to go when you're hungover... Before his debut in the national team, he reached the highest average of the fall season (7.5), and in the spring, he added a tenth to it. The Labdarúgás (Football) monthly newspaper asked 23 editorial offices to vote for the Footballer of the Year, and in May 1962 Mészöly came in first with 63 points, János Göröcs second with 28 and Lajos Tichy third with 24.

On the basis of his performance at the 1964 European Championship, he was invited to the charity match to help the victims of the 1963 earthquake in Skopje, where the European team beat the Yugoslavs 7:2, and Károly Sándor also played. At Lev Yasin's farewell match in Moscow on May 27, 1971, Mészöly scored the first goal of the World Cup (2-2) against Dinamo. In the farewell match of the German striker Uwe Seeler, who had played in four World Cups (May 1, 1972, Europe XI-HSV 7-3), both Hungarians, Kálmán Mészöly and Ferenc Bene, scored goals. On June 9, in the match in Belgrade (Crvena zvezda vs. the World XI 2-2, 7-6 with penalties) celebrating the 10th anniversary of the founding of the Belgrade newspaper Szport, Kálmán Mészöly and Flórián Albert played in the team that was coached by István Kovács, the Transylvanian master of Ajax). He scored important goals: his goal in the 1965 CC final against Fiorentina (1-0) was the decisive one. He scored the penalty against Brazil in the 1966 World Cup, as well as in the 1967 European Championship qualifier against the Netherlands in Budapest (2:1). He also scored in the last minute before the final whistle in the 1966 play-off (2:2) and his goal helped turn the score of 2:1 around against the Bulgarians in the 1966 World Cup group match (3:1). Even in his first senior match against Magyar Acél no one took a penalty, but he did, and then he always dared to take it.

Even after the 1966 World Cup, Mészöly had a stable place among the best, although, after his injury, he was put in a row forward as he was said to be more useful as a cover or in midfield until he regained his speed. As a side note: based on his performance at the 1967 Hexagonal tournament in Chile, he would have been signed for half a million dollars by World Cup-winning Uruguayan team Penarol, but the offer was meaningless in Hungary without defecting. It was another matter that at the time, national and club teams were visiting South America on a winter's holiday as if they were going next door. As Mészöly aptly put it, "In those days, we didn't really need winter coats."

Kálmán Mészöly's goal against Brazil at the 1966 World Cup

In the two European Championship quarterfinals against the Soviet Union in 1968, he was counted on as a right-back by head coach Károly Sós, with Ernő Solymosi playing half-back. We were knocked out, and a year later in the World Cup qualifier against Czechoslovakia, Sós put Mészöly in the center of defense. After the meet in Budapest on May 25, 1969 (2-0), NS wrote: "Mészöly played like in his old days. He was the heart and soul of the defense, and he especially glowed with his header and positioning, as well as his calmness. He cleared in difficult situations." Sós replaced him in the rematch in September. He wanted to replace him at the break, Göröcs was still crying for him out of the shower, but after László Fazekas scored our third goal, he was replaced, the match ended 3:3, then came Marseille, and we know the rest... He was credited with the saying - "Our time is up" - which actually Titi Göröcs said. József Hoffer started to rejuvenate the team, but he fought his way back to the top, making his last, 61st, appearance on April 4, 1971, in Vienna in a 2-0 victory over Austria. Around this time, Vasas began to resent the fact that, with Farkas, he often looked in and out of the nightlife, but Vasas was puzzled by the fact that the team's inviters insisted on them on their tour in South America...

Even after his playing career, Szőke Szikla (The Blonde Rock) stayed in the sport – he was a coach. Until he obtained his football coaching degree in 1976, he was on the bench of two second-division teams – Budafok, Ganz-MÁVAG – and then, via Békéscsaba, he moved to Fáy utca where he won the bronze medal with Vasas in 1980.

He became the national team's head coach in 1980 and took the team to the World Cup in Spain. We defeated Salvador 10-1 in our group, then lost 4-1 to Argentina under Maradona, had a 1-1 draw with Belgium, we got eliminated, but Mészöly remained the coach. However, after a 3-2 home defeat to Greece in the European Championship qualifiers, and a 3-1 loss to Denmark, his assistant coach, György Mezey, replaced him.

He returned before the 1992 European qualifiers, but they only finished fourth in the group, so he had to go.

After being the head coach for the third time, he no longer sat on the bench. He managed our best players a total of 61 times, as many times as he played on the national team, but István Kisteleki and Tamás Gyárfás invited him to take part in the campaign for the 2012 European Championship. However, after the Hungarian candidacy failed - we didn't get a vote - he had harsh words in a TV interview for the foreign football managers who had promised us their vote.

In 2011, Kálmán Mészöly was awarded the Order of Merit of the Republic of Hungary, and in the same year, he received the Pro Urbe Award. In 2013, Vasas awarded him the Vasas Lifetime Achievement Award, and he received the Ferenc Csík Award in 2016.

At the 2018 Sports Journalist of the Year Gala of the Hungarian Sports Journalists' Association, he was awarded the MLSZ Lifetime Achievement Award, and the once-tough Szőke Szikla (The Blonde Rock) was emotional during his speech. He tearfully described himself as a "weakling," even though he was anything but a weakling on the pitch.

Before last year's European football championship, Kálmán Mészöly was voted into the Hungarian dream team of all time by Nemzeti Sport and Adidas' collaboration. Mészöly became the best Hungarian midfielder ever. He was awarded the accolade a year ago with a national team no. 3 jersey.

Two weeks ago, Nemzeti Sport learned from a source close to Kálmán Mészöly's family that the 61-time national team footballer and former national team head coach, who was hospitalized for pneumonia, circulatory problems and infection, had contracted the coronavirus. 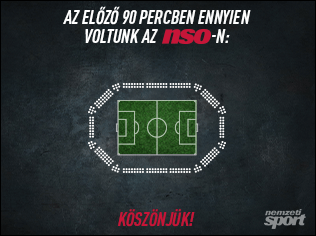