Myrto Uzuni's six goals against Hatvan are not unique, as in the same stage of the Hungarian Cup, Pál Orosz, also from Ferencváros, scored the same number of goals in 1955 against Vasas Turbó (11:0). Tibor Tisza scored five goals in a Hungarian Cup qualifier back in September 2017, when Debrecen won 10–1 at the home of Csongrádi Tiszapart SE.

A large number of goals are not common in the Hungarian topflight either, but due to word limits, it is still impossible to list everyone. The record holder is Jenő Károly; the MTK footballer scored 11 goals against MAFC (15:1) in 1905. In February 1949, Ferenc Puskás, the Hungarian national team's goal record holder, scored seven goals in the match against Győri ETO (11-3). At the same time, it is worth mentioning that Gyula Zsengellér had three league matches between November 1938 and May 1939, when he was equally successful six times, as did György Sárosi, who achieved similarly outstanding performances in 1935, 1937, and 1941.   On October 21, 1962, Ferenc Bene scored six away goals in the Haladás–Újpest Dozsa (0:6) league match. A similar performance is associated with Gyula Szilágyi. The Vasas striker scored six times against Soroksár first in an away in September 1945 (8:3), and then half a year later at home (6:1). The later Ballon d'Or-won player, Albert Flórián, did not hesitate either: on December 11, 1960, he scored six goals against Debrecen (7:0). (Imre Schlosser and Alfréd Schaffer were among the big goalscorers. As FTC's player, Schlosser scored eight goals against III. Kerületi TVE in 1912, six against Újpest in 1911, seven against MAC in 1917. MTK's Schaffer shot eight and seven goals against MAC in 1916 and 1917, respectively, then scored six goals against III. Kerületi TVE in 1918. Also, let's mention Ferenc Deák, the striker nicknamed ‘Bamba' (slow and dull-witted), who netted nine times for Szentlőrinci AC against Kőbányai Barátság in October 1945 as an attacker – the ed.).

In the Hungarian national team, György Sárosi holds the highest number of goals in a single match with seven goals (Hungary – Czechoslovakia 8:3; September 19, 1937). He is followed by Imre Schlosser, who scored six times against Switzerland (9:0) on October 29, 1911, as did József Takács (Hungary – France 13:1; June 12, 1927) and Ferenc Bene at the Tokyo Olympics against Morocco in 1964.

MOST GOALS IN A TOPFLIGHT LEAGUE – KUBALA LEADS THE RANKINGS

FC Barcelona's legendary footballer László Kubala is the last player to score seven goals in a single European top league (Premier League, La Liga, Bundesliga, Serie A) match. Kubala scored seven goals in a 9–0 win against Sporting Gijón in February 1952, which is a record in the four leagues listed to this day. His co-record holder partner is Agustín Sauto Arana, or Bata, who scored seven goals as Athletic Bilbao's player against FC Barcelona in the Spanish topflight in 1932. In England, former Arsenal player Ted Drake also scored seven goals in 1935, but that was long before the Premier League was established. In the PL, the record is five goals, which five players (Andy Cole, Alan Shearer, Jermain Defoe, Dimitar Berbatov, Sergio Agüero) have already achieved. Dieter Müller holds the record in the Bundesliga with six goals, while in Italy, Silvio Piola and Omar Sívori are at the top of the relevant rankings with six goals. 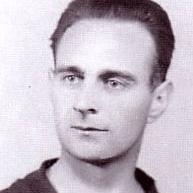 According to officially recorded data, most of the goals in a professional men's football league match are scored by Hacène Lalmas of Algeria. The attacking midfielder scored 14 goals for OM Ruisseau in an 18-0 win against JS Birtouta in 1962. The second in this ranking is the aforementioned legend of Újpest and the Hungarian national team, Gyula Zsengellér, who scored 12 goals in the 12–1 win with Deportivo Samarios of Colombia against Universidad in 1951. Since Lalmas had scored 14 goals in his own country's league, Zsengellér has the most goals in a league game as a foreign player.