– At the 2018 World Cup, the German national team got eliminated in the group stages. What do you expect this time?
– The tournament in Russia was a disappointment for all of us, but we learned from what happened. Since then, Joachim Löw has made several changes to the team, and the renewal process is still ongoing. We look forward to the European Championship with excitement and confidence.

– France and Portugal will be the first two opponents in the group stages. What kind of matches do you expect?
– No question that two hell of a difficult ninety minutes are waiting for us. At the same time, a footballer should live for the moments when he can play against the European and World Cup defending champion. As an active footballer, I was also fired up by such clashes. We'll start with the world champion in the first group match right away, and it's the noblest challenge an athlete could ever wish for.

– The group's fourth team is Hungary...
– The history of Hungarian and German football goes back a long way. According to the German public, the first chapter is the 1954 World Cup where we met the Hungarian national team first in the group stage and then in the legendary final in Bern. Since then, several Hungarian coaches and players have made a lasting impression in Germany, the same way several German coaches have successfully worked in Hungary. Due to our past, we have respect for our rival. While on paper they are the weakest team in the group, we certainly won't make the mistake of underestimating them.

– How difficult was it to coordinate the preparations in Munich in the shadow of the virus?
– The ever-changing regulations have been the biggest difficulty. As a result, we've developed several scenarios and sometimes had to react to changes very quickly. This is, of course, part of professionalism, and I assume that all the host countries have had to face these difficulties. We're about to put this challenging period behind us.

– Which style do you think will dominate the tournament: the tiki-taka maintaining ball possession, the counterattack from tight defense, or the direct football based on attacking?
– It's not a secret that, as a former striker, I'm obviously a fan of attacking football. I expect a passionate, and above all, a united football game from the German national team. I'm optimistic about the outcome of the European Championship. At the same time, it's difficult to predict which style will eventually be awarded a gold medal. Especially in the case of the current Europeans, when the COVID situation creates more uncertainty. 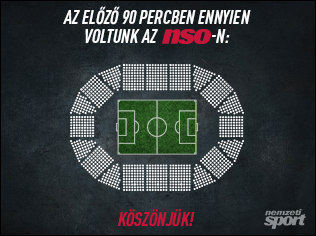