– You seem awfully tired. Have you slept?
– Yes, about three hours," Barca's 32-year-old vice-captain Ádám Hanga told Nemzeti Sport after his team defeated Real Madrid for the second time, so they won the Spanish Liga finale 2–0 along with the gold medal. "My wife and I took the kids to school in the morning, who were also at the game for the first time in the season.

– The game started at 10pm. Could your children stay awake?
– Yes, because they slept in the afternoon... It's fantastic that they were finally able to be there with me; it's been a once-in-a-lifetime experience. It's also okay if girls won't remember exactly what happened. At 2am, we sat down for dinner with the team at a restaurant, celebrated until 5, and got home at 6. It's all thanks to Pau Gasol, who organized the party, but only the players and their loved ones were there, the coaching staff and the management weren't. We didn't go wild; we just had a good time. Of course, it's hard to know why we were happy: because we don't have to go training or because we won? The whole year will be put in a different light if we finish the season with a gold medal.

– Will there be an official celebration as well?
– No, because many national team players will join their team immediately as the Olympic extra qualifiers will begin soon. The Spanish national team will also start training camp in Madrid in four days.

– 2–0 win in total, fourteen-, and nineteen-point wins. Can we say that the final was going smoothly?
– Before the finale, I was talking to friends and acquaintances about either winning or losing 2-0 —fortunately, the first came true. After the second half of the first game, we dominated the match, and there was no question that we would win the gold medal. Madrid didn't have a chance against us, not even for a minute.

– Barcelona won the league again after 2014, but it's the 19th time overall. However, it's the first time in your career.
– I'm in my 10th year in Spain, which is a great achievement in itself, but to have the chance to be the first Hungarian basketball player to win the Spanish league is unbelievable! I've made history, and I'm incredibly happy. We played three finals in the last three years, so we can't say we didn't deserve the gold. Last year's defeat only made me more determined, but for this win, we needed a lot of work to play disciplined and get over the loss of the EuroLeague final, which was only a few weeks ago. We even won the Spanish Cup this year, so we had a sensational season. That's all anyone can ask for; it makes the holiday even more beautiful that we finished the season like this. Just as much as the EuroLeague success, it was also important for the club to be Liga champions again. And I don't need to tell you that the victory against Real is even sweeter...

– It's strange that at the age of 32 you've played a EuroLeague final, won the Spanish Cup, but have never won a league title before. Was it a burden for you?
– Firsts are always special. We were supposed to win last year, but because of the coronavirus, it was a weird and short end to the season. The final was decided in one game, and we lost that. Two years ago, we were close to the gold against Real Madrid, but we lost that match, too. In any case, this title is one of the highlights of my career since I started my legionnaire life in Manresa 10 years ago where I couldn't have dreamed of it. I'm also very proud of my current teammates because I could only learn from them. It's an experience that defines my whole life.

– Last time you gave an interview very disappointingly because you played on the court for seven seconds only in the EuroLeague final. Have you talked to coach Sarunas Jasikevicius about this since then?
– We talked before the league semi-final about his decision, the situation, and the last two months. The thing is, I've averaged 20 or 30 minutes in each of my teams in the last 10 years, but in the last two months, I've played a lot less. I didn't get an answer as to why I played only this much, but he doesn't have to explain his decision. He reports to his superiors, not the players. I didn't think it was fair, but I got over it. I then earned my place, I was a starter in both finals, and overall, I'm an integral part of the champion team. I believe that hard work pays off. Although I wasn't, and still not the team's point scorer, I defended, organized the game well, and I know I've added my part to the win.

– Is resting in the focus from now on?
– A hundred percent. We played almost every other day for the past three weeks. I spent little time with my wife and daughters, and I haven't seen my mom in 11 months. I look forward to going back to Hungary to go on vacation with the family because it's been a difficult season. 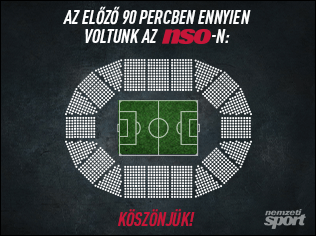